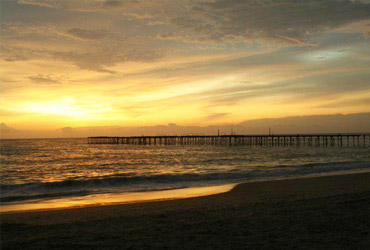 Known as the Venice of the East, Alappuzha has always basked a major place in the maritime history of Kerala. Alappuzha (Alleppey) is a landmark between a network of rivers flowing into it and the Arabian Sea. Tourists visit here to hangout and relax as it has tremendous and tempting natural beauty all around. This place has huge network of freshwater rivers, meandering lakes, and lagoons. One can try adventurous activities at the beach like boating, or enjoy at children's park with toy bicycles or trains. Hallowed with natures green beauty and scenery, Alappuzha is a wonderland of Kerala state. 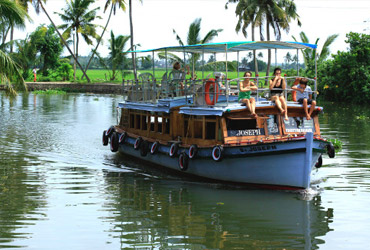 Captivating scenery of lush greenery, canals and waterways are the best way to describe Alleppey or Alappuzha Backwaters. One of the most well-known backwaters of Kerala and a major contributor to the tourism of this south Indian state, is the backwaters of Alleppey. Cruising along the serene backwaters is an absolutely divine experience and you actually feel like being 'one with nature'. Located around 62 km southward of Kochi, the backwaters of Alappuzha connect to those of Kochi and Kumarakom. Explore the tranquil backwaters by going aboard a traditional houseboat. 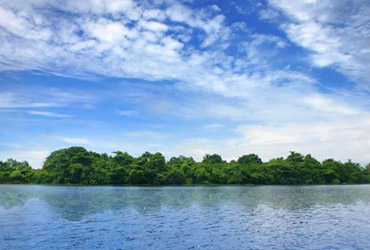 Pathiramanal, a small island on the backwaters of Alappuzha, is a haven for hundreds of rare birds migrating from different parts of the world. You can reach there after 1 1/2 hours drive by motor boat or 30 minutes by speed boat from Alappuzha in south Kerala. Surrounded by the Vembanad Lake, stretching from Alappuzha to Kochi and the Kayamkulam lake, Pathiramanal is accessible only by boat.The green island thus forms an ideal place for a break in the journey while on a backwater cruise.The mainland Alappuzha has a vast network of lakes, lagoons and fresh water rivers criss crossing it and is a district of immense natural beauty. 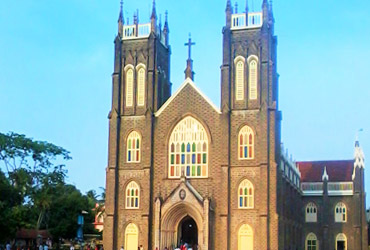 Arthunkal St Andrew's Basilica (St. Andrew's Forane Church at Arthunkal) is one of the sacred churches in Kerala, attracts lakhs of devotees both Christians and non-Christians every year from all parts of the State.

Arthunkal Church, located in Alappuzha (Alleppey), is one of the oldest churches built in Kerala. There are different theories regarding the name of the church. One of the most believable arguments states that there used to be a temple somewhere at the grounds where the church stands now. 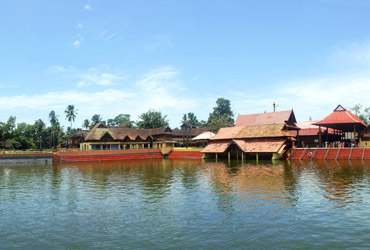 Ambalappuzha Sree Krishna Temple is a famous Hindu Lord Krishna temple situated 14 km south of Alappuzha in Kerala, India. Ambalapuzha Temple was built by the erstwhile ruler of Chembakasserry Sree Pooradam Thirunal Devanarayanan Thampuran during 15th – 17th AD. It is believed that the idol of Sree Krishna of Guruvayoor Temple was brought here for safekeeping during the raids of Tipu Sultan in 1789. The temple is also famous for its unique prasadam, the delicious Ambalapuzha Palpayasam – a sweet porridge made of rice, milk, and sugar. Ambalapuzha Sri Krishna Temple is often refereed as Dwaraka of South. 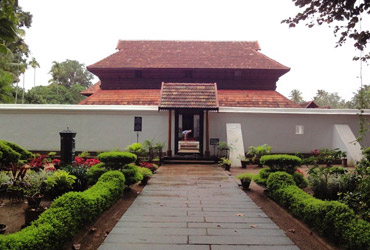 Located 47km from Alappuzha at Krishnapuram in Kayamkulam, on the way to Kollam. The palace was built in the18th century during the reign of the Travancore king Anizham Thirunal Marthanda Varma (1729-1758 AD).

An archeological museum is set up in the palace. It has a collection of antique sculptures in stone, wood and bronze, coins, copies of paintings and inscriptions.You can also see the famed Kayamkulam Vaal (sword) which was used in battles in the 18th century. The palace which was once the residence of the rulers of Kayamkulam kingdom it is now maintained by the Kerala State Department of Archaeology. 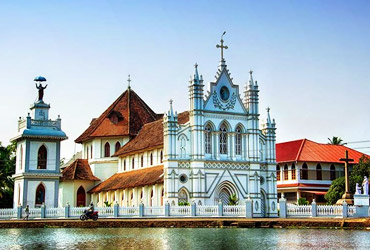 As the mother of all catholic Syrian churches in Aleppy district, the St Marys Syro Malabar Catholic Church is one of the oldest churches in India itself. The several rock inscriptions and ancient artefacts found around gave us idea about the history and antiquity of the church, which had some Hindu influence in its daily rituals and also the reproach of leaving our footwears outside. Also called 'Chambakulam Kalloorkadu St Marys Church', this was an associate parish of Niranjam Church which was believed to be established by the Apostle St Thomas himself in AD 427. Among the Christian believers of the state, the church is of paramount importance due to its special role in unifying the Jacobite Christians and Catholic Christians of 18th century. In modern times it is regarded as the 'unveiled pearl' of the Christian community. 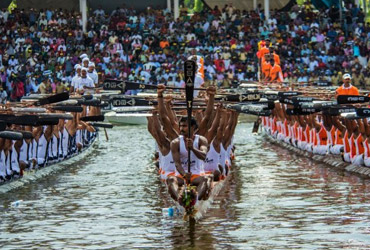 Nehru Trophy Boat Race is a popular Vallam Kali held in the Punnamada Lake near Alappuzha, Kerala, India. Vallam Kali or Vallamkali literally means boat play/game, but can be translated to boat race in English. The most popular event of the race is the competition of Chundan Vallams (snake boats). Hence the race is also known as Snake Boat Race in English. Other categories of boats which participate in various events of the race are Churulan Vallam, Iruttukuthy Vallam, Odi Vallam, Veppu Vallam (Vaipu Vallam), Vadakkanody Vallam and Kochu Vallam.